Learn how to prevent Denial of Service attacks that hackers can use to target a website.

The internet is an invaluable tool that has become a major part of nearly everyone’s life, but it can occasionally be a scary place. As stories about hackers, bugs, and security vulnerabilities regularly hit the news, website owners may worry about whether they are safe and what they can do to avoid being harmed by the malicious people lurking in the seedy underbelly of the web.

While it may seem difficult to keep up with all of the possible ways your website can come to harm, one other thing to watch out for is Denial of Service (DoS) attacks. We wanted to look at exactly what these sorts of attacks are and how site owners can combat them:

What Is a DoS Attack?

A Denial of Service attack is a method of bringing a website down by overwhelming it with requests or data. This can be done in a variety of ways, but the basic goal of an attack is to send so much traffic or data to a website that the server’s resources are used up, preventing legitimate users from being able to access the site.

If this sort of attack is done from a single computer, it can usually be countered by blocking traffic from that computer. However, hackers have become more insidious, using multiple computers to launch an attack from a large number of sources. They are often able to do this by infecting computers with malware, turning them into a “botnet,” which is a collection of hundreds or thousands of machines that they can control without their owners being aware of what is going on. An attack using multiple computers is called a Distributed Denial of Service (DDoS) attack.

Hackers might perform these sorts of attacks for a variety of reasons, including malicious action toward competitors, extortion, or as a political demonstration. Unfortunately, these attacks can also affect other sites alongside the intended target(s), bringing down everybody who shares a single server or network until the issue is resolved.

How Do I Fight Back?

While a DoS attack coming from a single computer can be mitigated by blocking traffic from that IP address, DDoS attacks that utilize a large number of computers are much harder to combat. These attacks can come in several different forms, targeting a variety of aspects of a website or network, including the TCP/IP protocols, SSL, DNS, Firewalls, SQL servers, or a website’s application layer. The complexity of these attacks can create a challenge for website owners, so they need to make sure their hosting provider is utilizing the tools and services to combat attacks and ensure that their website remains available.

In addition to ensuring that a website’s hosting environment has enough network capacity to handle unexpected increases in traffic and utilizing load balancing, website hosting providers can utilize both cloud-based and on-premises attack mitigation systems.

On-premises systems operate within a website’s hosting environment, examining traffic to a site to determine whether it fits the pattern of an attack and working to mitigate any attacks that they detect. However, since they are located within the same data center as the web server(s), they are unable to fight attacks that affect the entire network.

Cloud-based systems provide external protection against attacks by utilizing large amounts of bandwith across multiple servers around the world. Content Delivery Networks (CDNs) such as CloudFlare can provide protection against DDoS attacks by shifting traffic to multiple servers and absorbing the malicious traffic. DDoS protection systems such as Incapsula can automatically detect and mitigate attacks to the network, protocol, and application layers of a website.

While each of these solutions has its benefits, utilizing a combination of the two is the best way to detect, prevent, and mitigate any DDoS attacks, ensuring that your site remains available to users at all times. Do you have any questions about whether your site is vulnerable to Denial of Service attacks or how you can implement protections against them? Please contact us to speak to a Solutions Engineer, or share any other questions in the comments below. 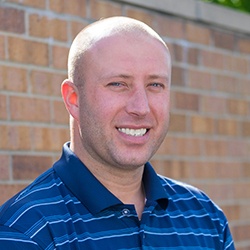 Other Articles by Tom Bennett

4 Ways to Communicate Progress During An Episerver Migration

Diagram's Jonna Robertson shares how to cultivate consensus with internal stakeholders during an Episerver migration.

Diagram's Brad McDavid the history behind why he developed DotNetStarter and how to use it.