If you follow Umbraco, you knows that v8 has been a long time coming. Honestly, we have been hearing mention of it for the past few years now and many developers, like me, having been closely following the progress. Personally, I really like building apps with Umbraco. I came up in the game of .NET development learning and using Umbraco pretty extensively. Umbraco has always been pretty easy to work with and has a great community of contributors and maintainers. There are many reasons for developers and editors alike to be excited for v8 and here are three things I am most excited for.

In version 7, dependency injection was not used at all in the Umbraco code base. The idea was that they wanted to give developers the freedom to choose whatever DI engine best suited to the job. To get setup, since nothing related to dependency injection was native, it required installation of third-party packages. With v8, dependency injection will apparently be out-of-the-box functionality. At the time of this writing, there is not any specific documentation on how it is going to work, but, there is a great discussion here on the issue tracker for the v8 implementation. I am really excited to play around with this new feature.

If you have developed apps in previous versions of Umbraco, you will know the pain of the outdated way of using the umbraco.config XML file for caching. Version 8 utilizes a key value store for caching powered by BPlusTree. That means cache can be loaded from a local store instead of the need to make database calls, which ultimately means a faster Umbraco! I say heck yes to this.

Content apps are a new concept in v8 that allows editors to switch from editing content to accessing contextual information related to the item they are editing. Umbraco has made it easy for developers to create content apps and plug them into the editor interface. An example of a simple content app would be something like a Google Analytics integration that displays to editors the current page views for the content item they are editing. The content apps can be built using javascript or c#, which makes it accessible to front-end and back-end developers. With this feature, the sky is the limit to what we can create. I am really looking forward to playing around with this feature.

We are at an exciting time for Umbraco. I checked out the v8 status page this morning and it says 100% complete with a release date of tomorrow (2/26/2019)! The new version looks to be really solid with tons of features and updates for developers and editors. It's really cool to see how far Umbraco has come and it will be interesting to see how v8 will be received when it is released. I, for one, am excited for its prospects and can't wait to start developing apps with it. 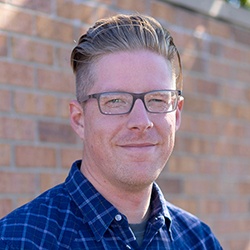 Other Articles by John McKillip

Exporting Product Data as a CSV from Episerver Commerce