The official End-of-Life date for Windows Server 2003 (WS2003) is July 14, 2015. July 14 also happens to be Bastille Day, which commemorates the beginning of the French Revolution with the Storming of the Bastille in Paris on July 14, 1789. Hopefully no one loses their head because of the end of support for Windows Server 2003 like they did with end of the French monarchy. However, a server administrator or two may lose their jobs if they do not have an upgrade plan in place for WS2003 systems.

How Does This Affect Me?

If you’re wondering what End-of-Life date for WS2003 means, it comes down to this: after July 14, there will be no further patches or security updates, putting applications and business that are still running WS2003 at risk. New threats won't be addressed, and WS2003 systems will become a security risk. No new updates released means many applications will cease to be supported, and various regulatory and industry standards for which compliance is advised or mandated will be neglected.

In the past, the simple need to replace hardware would have driven the retirement of many WS2003 systems. With the rise of server virtualization, many older dedicated WS2003 servers were simply turned into virtual machines and continue to live on. Many of these WS2003 systems have been reliably doing their jobs for over a decade. When talking to IT professionals about the need to move on from WS2003 systems, I have often heard the old adage “Don’t fix what isn’t broken.” What people need to understand is that on July 14, 2015, WS2003 will officially be broken.

Upgrading Doesn’t Have to Be Scary

Having migrated applications off WS2003 to newer operating systems hundreds of times, I can tell you first hand that this process does not need to be a nightmare. Upgrading can be a pretty smooth process, and the clients I work with often end up wishing they had made the move years ago. There are three main reasons for this:

End-of-Life for Windows Server 2003 is coming, and there is nothing any of us can do about it. But in truth, this is not a bad thing; it’s an opportunity to move to something newer and better. Trust me, once you make the move to Server 2008 R2 or Windows Server 2012 R2 you will be happy you did.

Do you need to upgrade your servers to avoid being affected by WS2003’s End-of-Life? Do you have any questions about the best ways to perform the upgrades and/or migrations? Please contact us to speak to a Solutions Engineer, and we can help you make sure your upgrade process is a smooth one. 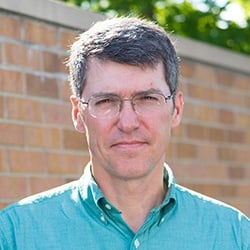 Other Articles by Dan Sales

DNS Propagation and How it Can Affect Your Website Launch

Diagram's Rob Schall explains how DNS propagation can affect your website launch and makes a recommendation for your next website deployment or update.

Diagram's Rob Schall discusses SQL, it's relevance for the modern day developer, and shares why it's important to have it on your resume.