We share our experience at the relaunched Chicago HubSpot User Group and look forward to what we hope to see at upcoming meetings.

As a platinum-level HubSpot agency, we see a lot of value in attending the Chicago HubSpot User Group (#ChiHUG) and sharing our HubSpot experiences while learning more about the platform. In the past, we’ve joined some great discussions about webinars and smart content, and it’s always a treat to connect with other area HubSpot users.

If there’s one word to describe last night’s relaunch of the Chicago HUG, it would be...energetic! Last night’s meetup was hoppin’, with more than 100 professionals showing up for an evening of sharing HubSpot knowledge.

The ChiHUG is now under the new leadership of Stephanie Casstevens and Debra Monkman. Their passion for HubSpot is evident, as the Chicago HubSpot User Group now has two locations, TechNexus in downtown Chicago and a future location near O’Hare International Airport. They aim to make the Chicago HUG even more collaborative, and they’ve spent time gathering opinions on future discussion topics, ensuring that people will want to continue to attend.

I was especially pleased that there is a new structure to each meetup, including some new regular items on the agenda:

This was another great meeting, and I’m excited to about what’s coming in future HUG meetups. The organizers are planning to take the Chicago HUG to the next level so we can continue to be a large presence at Inbound and other HubSpot events. We look forward to being in regular attendance at these events in the future, and we hope we’ll see you at the next Chicago HUG on April 26! 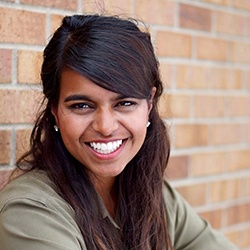 Other Articles by Sarah Corley

HubSpot & Instagram:  Scheduling Posts to The Gram in 3 Easy Steps