Diagram's Kevin Apgar shares the importance of writing and how to improve your writing skills to further your career opportunities.

Writing is one of those things that can result in polar opposite reactions dependent upon your target audience.

To some, the idea of stringing together words and sentences is no big deal at all. It comes second nature.

To others, the very thought that they might have to write something for public consumption — even if that audience is a single other person — can result in feelings of derision and discomfort and, in some cases, extreme anxiety.

Thankfully, I'm a member of the former camp. I haven't always been that comfortable with writing. In fact, my enjoyment of writing didn't develop until graduate school. But, more on that later.

I'm here today to share the importance of writing at all levels, all ages, and all career paths.

Writing is Here to Stay

No matter who you are or what you do professionally, you should make sure that writing is part of what you do regularly. You never know when it will come in handy.

I get it. It's possible you chose a career path because it didn't require you to write. Yes, I have heard of people who do this. If you don't like something, pick a path that goes in the opposite direction. I hear ya!

But writing is something you can never escape.

Maybe you're a programmer who thinks you'll never have to write anything but code, yet you may have to write a proposal to purchase new software, justify a professional development class, or draft up information on how your code works to solve a client's problem.

Maybe you're a swim coach who just wants to teach people to swim, but you may need to write a student assessment, an award nomination, or text to accompany an instructional video.

Maybe you're a construction worker who just wants to tear things down/build them back up, but you may be required to draft a building proposal, a permit application, or an incident report if, god forbid, there is an accident.

Honestly, I can keep going with this, but I won't torture you. I'm just trying to make a point that in any career path, you will have to write words, string them together into sentences, compile them into paragraphs, and, ultimately, flesh out full documents and articles.

Think about it. What is (usually) one of the first things you have to do when searching for a new job? Put together an application/resume/CV and write a cover letter! Even if it's just a summer job, a person who can write coherently about their work history and future career goals will already have a leg up on somebody who submits an application or cover letter riddled with typographical or grammatical errors.

My Journey to Writing Joy

Back in the day, I hated India Pale Ale (IPAs — a type of beer) and I said so on Twitter. A friend of mine who worships IPAs saw it and replied back that they are, indeed, an acquired taste and, if I wanted to acquire it, I should drink an IPA every day for one week. I tried it. He was right.

As odd as it may be to equate writing to beer drinking, it is a debatably similar situation. If you want to get over an aversion to something, try doing it regularly.

As I mentioned earlier, my enjoyment of writing didn't kick in until grad school. I took my first web design class ever in 1998 and we were tasked with building a site that we were then required to update on a daily basis and be able to prove it. Although I had never kept a diary or journal in my life to that point, I decided that was the easiest way to stick to my professor's rules for the assignment. I began my first static HTML weblog 20 years, six months, and three weeks ago. While it has been redesigned nearly a dozen times and now runs via Typepad blogware, I maintain that blog to this day.

My personal blog is not the only outlet for my writing. I currently contribute book reviews to a pop culture blog and have worked as a contributor on other blogs as well. I've also submitted articles and original stories to a variety of academic/technical journals and literary magazines with mixed success.

Why do I mention this? Because my consistent writing has always helped me professionally in some way, shape, or form.

How? When I applied for my first job out of grad school, one of the final questions I was asked in an interview (for a web developer position, no less) was if I had any writing samples. Nowhere in the description was writing mentioned as a job requirement. But I did have the requested samples — two work-in-progress technical articles. I warned the interviewer that they were unfinished, but I could email them later and I did.

One week later, I had the job. Over the course of six years working for this university, I contributed a couple dozen articles to the alumni magazine, several press releases, more website copy than I can count, and I was also named staff liaison to the student newspaper. So much for being just a web developer, eh?

In my next job, I regularly wrote original web copy, communication plans, press releases, and proposals that, for example, justified implementing a new web-based technology known as social media.

The point I'm trying to make is that you never know when writing will pop up in your career. It will behoove you to, as the Boy Scouts of America decree in their motto, "Be prepared."

Make Writing Part of Your Routine

The easiest way to prepare yourself for writing is to simply write. Keep a notebook or journal nearby, start a blog, or just find random sheets of paper and write on them. I'm sorry, but social media such as Twitter or Facebook does not count. You need your writing to be long form... more than the 280-character limit in Twitter and more thought out than most Facebook posts tend to be.

Make sure you do this regularly. This could be daily or every other day or a few times a week. Whatever the case, determine a schedule that works for you and stick to it. Also make sure that your schedule isn't so erratic or spread out that you fall out of practice. I believe that three times a week is the bare minimum you should be writing.

As you get more familiar with the process of writing and your schedule becomes second nature, you can be a little more intentional by doing some research.

Find the communications/public relations manager at your company and inquire about the style guide they use for their written pieces (AP, CMoS, APA, and MLA are the most common), assuming they have one. Then try to adapt your writing so it takes into account rules laid out by these guides.

Another way to be more intentional is to find writing samples from outside sources within your same industry. Obtain proposals for projects, press releases, reports, articles, etc., similar to your skillset or project load. Then mimic the voice used in those samples to write your own variations of them.

Doing this will prepare you for that moment when your boss asks you to write up a summary on a recently completed project or a PR specialist asks you for information about an initiative to be used in a press release. If you are practiced and competent with your writing, the process will be that much simpler and the end result that much more effective.

There's absolutely no reason you cannot, at this point, start sharing your writing endeavors with your employer. Knowing they have someone on staff who is not only a subject matter expert, but also a writer who can convey these ideas coherently can be a major boost to your career. I'm not guaranteeing that a raise or promotion is in your future, but it certainly cannot hurt, right?

Lastly, if you're applying for a new job, make sure you list writing samples in your resume or have copies available both electronically and physically.

Are you a writer? How do you stay in practice? Please share any tips you may have in the comments! 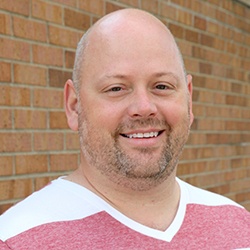 Other Articles by Kevin Apgar

QA & You: This Christmas, Show Your Device Lab Some Holiday Love!

Diagram's Kevin Apgar shares some tips to build out your QA Device Lab.

QA & You: Go-Live Cascades Are Your Friend

Diagram's Kevin Apgar shares the importance of Go-Live Cascades and how we set up cascades as part of our deployment process.