Learn about the latest updates to EPiServer from Allan Thraen, a member of EPiServer’s product management team.

On February 23, 2015, EPiServer released the latest update to their CMS. The core CMS was upgraded to version 8.0.0, and additions were also made to EPiServer Find and EPiServer Commerce. In order to understand what was added and changed in these updates, we spoke to Allan Thraen, a member of EPiServer’s product management team.

Hi Allan. We’re excited to learn about the latest EPiServer updates, so we wanted to go straight to the source to find out more about them. What would you say are the most significant changes in EPiServer 8?

One of the biggest new features of this release is Projects, which was previously available in beta but has now been officially released. This functionality gives more control to content authors by allowing them to publish multiple pieces and types of content in groups.

Typically, people don't just publish one thing; they make a whole bunch of changes - a full campaign - on their website, and they want it all to go live at the same time. They also want to be able to preview the entire website with all the new content. This was tricky before, but Projects makes it easy. Authors can also work with multiple Projects at the same time, grouping content to be published according to the relevant campaign.

Definitely. What I think we’ll start to see over time is that projects will grow to encompass the full meaning of campaigns, including updates to prices in commerce as well as the content that is being published.

Another change that I’ve heard about is support for canonical URLs. What changes have been made to how EPiServer handles multiple domains?

Previously, you could set up multiple domains to point to the same content, and you could set different language versions of content to be connected to different domains. Now, you can specify which domain is the primary URL, and there are easy tool to insert a canonical tag on the page to ensure that Google knows which page it should index. This is a fairly basic feature, but it previously took some extra coding to handle for every piece of content with multiple domains, and users who forgot to do so would incur a SEO penalty. Now, it’s included in the page settings to ensure that site authors are following SEO best practices.

What updates were made to EPiServer Find and EPiServer Commerce?

EPiServer Find now includes Best Bets for Commerce. Best Bets allows site editors to promote certain pages for a specified search query, and this has now been extended to Commerce as well. This means that you can now also choose a product to promote for certain queries, and this product will be displayed in the search results for that query. For instance, if someone searches for "sweater," you can make sure they see the specific sweater you have too many of in stock on top of the results.

Were there any other updates or improvements that you wanted to mention?

This release includes some standard improvements, including updated content controls, which is an improvement of an existing feature to control where certain types of content can be places. This is a small thing, but it has a big impact for those who need it. There has also been a performance increase in the core of the CMS, making everything feel faster when using the site.

We’ve also released UX guidelines for EPiServer. With more and more developers making add-ons and modules, we saw a need to give some guidelines to those not just implementing sites, but extending EPiServer’s functionality. This is something that has been requested, and it can now be found at http://ux.episerver.com/.

These are some exciting features, but what makes them significant enough to change to version 8 of EPiServer?

Many of these features might not seem groundbreaking to you for a version 8, but this is due to the fact that we've gone to semantic versioning and bi-weekly releases. In many ways, CMS 8 isn't that much bigger of a deal than 7.5; the major version number is due to a few breaking changes we had to introduce, changes to browser support, and so on.

How does EPiServer’s continuous release process work? Does it consist of regular bi-weekly releases that add new features?

Releases are not always exactly on a bi-weekly schedule, but they average out to every two weeks. They don’t always add new features; sometimes they “just” fix bugs. Whenever a new feature is ready, we push it out, sometimes as a beta first. These updates are automatically installed in Visual Studio, and they are typically done by developers. This doesn’t mean that customers should have constant developer assistance, but it does mean that when developers start on a site project, they get the latest updates, and then they get the latest updates again before they launch. Once a site is live, site owners don’t have to do anything unless they want to incorporate the latest improvements, in which case an upgrade can often be handled smoothly and pain-free.

How easy is it to perform an upgrade? Is it easy to keep up with the regular releases?

Yes, I think the continuous release process works really well. I'm currently working on a major new demo site with a tons of add-ons and advanced features, and upgrading it to EPiServer 8 was done in around 15 minutes, with everything working like a charm. I've also heard from several partners around the world that there are already a number of client sites live on EPiServer 8, and it was a smooth ride for them to upgrade as well.

That’s great to hear! Do you have any final thoughts about EPiServer 8?

EPiServer 8 is really just a new really stable, high performance core platform. The Projects feature is a big deal, but it has been out as a beta for a while. We’ve released many new features over the past year, both as add-ons and in the bi-weekly releases, and we have many more lined up in the future. We’re looking forward to continuing to add more and more functionality and improving our platform. 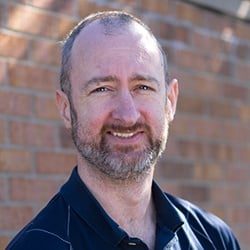 Ektron and Episerver: Thinking About the Future

The future of the converged Episerver/Ektron platform has become clearer, should Ektron users begin planning to migrate to Episerver?

We look at how both developers and site authors can use Episerver's content blocks to bring power and flexibility to a website.