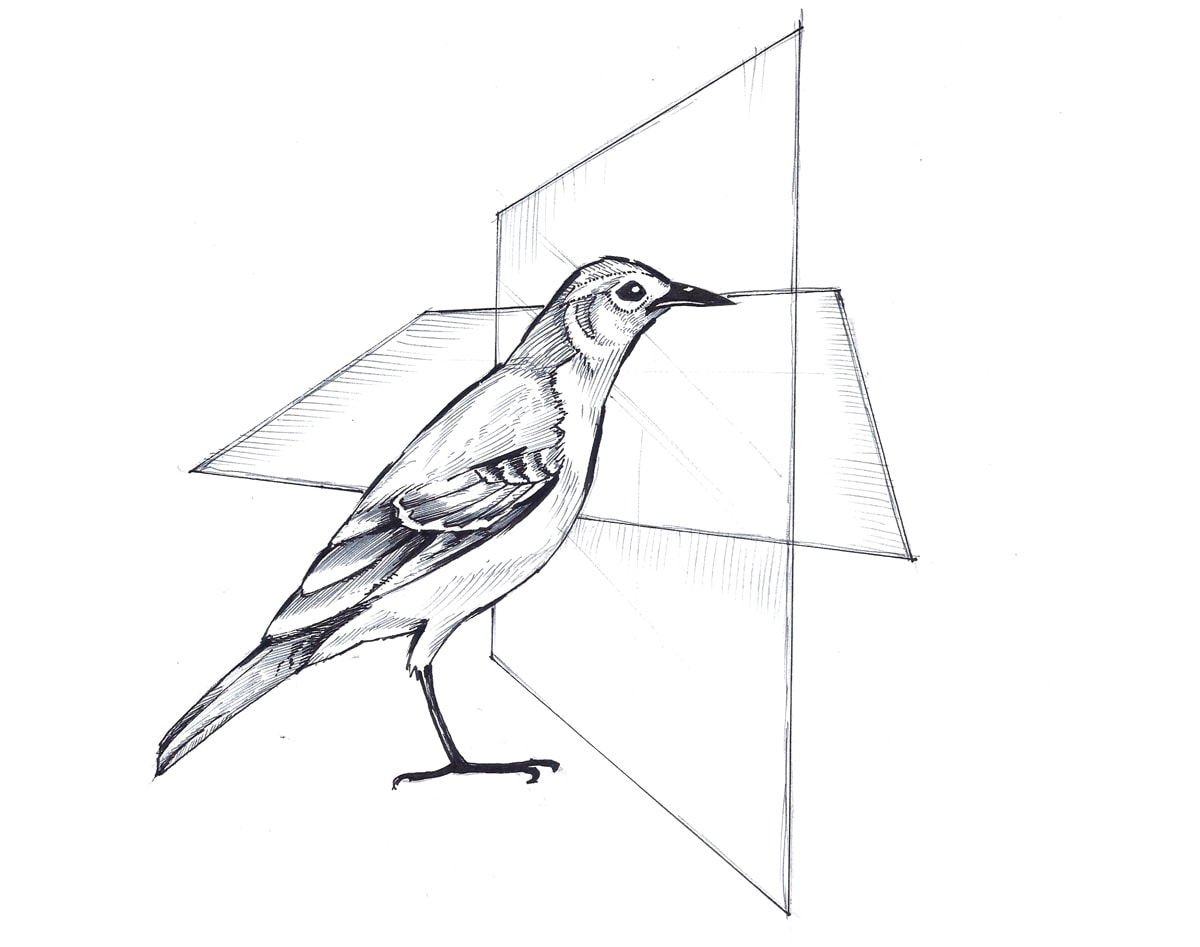 Networking was Shan’s least favorite part of her job. Not that it was a major complaint; for the most part she really enjoyed her job. Shortly after completing a marketing internship at a local agency, she had come across an opening for a Digital Marketing Specialist at the nearby Evergreen Hospital. She applied, and a few weeks later had the position. That was almost 2 years ago now; it’s funny how time flies.

Shan was fascinated with data, but not just numbers for numbers’ sake—it was the insight they provided that intrigued her most. To her, every number provided a piece of insight into human behavior. Each number another piece of a puzzle, and collectively they told a story. In this case, it was a story about patients and families. Dig deep in to the numbers and she could tell you all about an individual’s story.

Around the office, co-workers were continually impressed by the level of insight she possessed about their website users. Sometimes this was key in shaping the design and development of new features. Other times it just made for a great office parlor trick. The case of the abandoned cart? A woman in her late 50s, visiting the site for the third time this week, this time on an iPhone 7 (at least it’s not IE 11 again like Tuesday). She’s considering donating $500, but she’s not ready to pull the trigger yet. Based on her browsing behavior she’s at the cusp though! She is looking for reassurance that her money is going to make a real difference (it will). She won’t convert this time, so we’ll hit her up again in 24-hours with a re-targeting campaign and she’ll complete the donation then.

That kind of stuff? That’s where she felt at home. Numbers were comfortable. From behind a screen she was a modern day Sherlock Holmes. In person, not so much. She noted the irony. Analytics told her everything she needed to know about people and their goals and motivations. But in real life reading people was not her strong suit. Her intuition proved wrong more often than right, hence her current lack of a social life. She wondered whether having a social life would have saved her from this painful networking event. “Work-related networking event Tuesday night? Let me check my super busy social calendar. Sorry Boss, Tuesday I’ll be at the theater. Wednesday? Dinner reservations at that new tapas place. Sorry, maybe next time!”

She scanned around the room then checked the time—6:50pm. Ugh, a little over an hour to go. This was a meet-up for local professionals to discuss digital marketing and social media. Shan’s boss wanted her to go to stay on top of the latest trends and to potentially recruit more people for her team. She would literally rather be anywhere else right now. It didn’t need to be a theater or a fancy tapas restaurant. A sight seeing trip to a bus-station bathroom would be fine right now.

Shan scanned the room again, careful not to make eye-contact. She’d collect a couple business cards, but preferred not to get into a conversation with anyone. Especially that guy. Sheesh, she could hear his annoying voice from across the room, he sounded like a Matthew McConaughey commercial. And no, he did not look the part. Didn’t want to talk to that guy either—how the hell do guys not know how to tell when their suit is 2 sizes too large? Shan grabbed a beer from the table and nearly felt bad for being judgmental.

An English voice interrupted, “Excuse madame! How’s it going? Haven’t I seen you at one of these events before?”

Shan jumped. She hadn’t noticed the old beardy dude pop up beside her. She contemplated shutting him down outright, but then spied Fish-hands meandering toward the table. Beardy Dude seem like a better bet for conversation, mainly on the principle that an old wizardly looking guy with an English accent would be more interesting to talk to than a guy whose scaly balloon hands looked like somebody over-filled a pair of dish gloves with a hose.

“My first time at this event, actually.” Shan responded. “How about you? Are you a regular at this meet-up?”

“Second-time. I was in attendance last month for an enlightening presentation about personalization.” He took a swig of his drink and offered up some cookies from his snack plate.

Beardy Dude turned out to be pretty okay. The two chatted for a while about a number of topics. Time flew by, they exchanged business cards, and each went on their way.

It was a couple days later when Shan bumped into Beardy Dude, quite randomly, at the coffee shop near the hospital. She was in line, and “poof!” he just popped up out of nowhere.

“Shan! such a delight to run into you. What a coincidence!”

“Hi, Beardy Dude. Funny seeing you here.” She had referred to him as ‘Beardy Dude’ throughout their initial conversation.

“I was meaning to ask…I recall that during our previous conversation you mentioned that you could benefit from a tool that provided better visibility into real-time user behavior. My company has developed an amazing piece of software that I think you’d love.” His hand was outstretched and he held a pulsing red button imprinted with the word “okay”. “If you have just five minutes I could walk you through…”

Shan interrupted. “Sorry, Beardy Dude. I’m really late for work. Maybe next time!” It wasn’t entirely true, but out of principle Shan never conversed with nosey wizards at coffee shops in the morning. She waved goodbye and split.

Over the next 3 days, Beardy Dude seemed to pop-up all over the place. “Poof!” There he was on the subway. “Poof!” There he was outside her favorite record shop. “Poof!” Guess who’s also shopping at the organic grocer? Each time Beardy Dude popped up he was trying to push his product. Aside from the creepy factor of appearing wherever she went, he never did or said anything inappropriate or that led her to feel unsafe. He was just becoming an increasingly intrusive nuisance. Towards the end of the week, she was on the lookout for him, deliberately trying to avoid him. Whenever she heard a POOF! she’d quickly bounce in the opposite direction.

It all came to a head on Friday. Shan had been invited by her cousin’s friend Hector, to dinner at Xtapa, a new small-plate Mexican restaurant. She was 78% sure it was a date. So when Beardy Dude popped up behind the bar at the restaurant, Shan about lost her shit.

“Beardy Dude! Why are you targeting me! You’re totally creeping me out and behaving like a stalker. What do you want?! Is this about your dumb product trial?!”

“If I give you 5 minutes of my time will you JUST GO AWAY?!”

“I agree,” Beardy Dude confirmed. The pulsing red button beckoned to her.

Exasperated, Shan relented. “Ugh, okay. After this you NEED to go away. Understood?”

Beardy Dude nodded. Shan reached her hand out and pressed the glowing button in the tall gentleman’s outstretched hand. ‘OKAY’.

All of a sudden Shan began to feel lightheaded. Her vision blurred as a veil of darkness flooded the room. A supernatural force was pulling at her from behind. She was slipping—yes, slipping best described the sensation—in a most unfamiliar direction. It was neither up nor down, left nor right, forward nor back. It was as though her body was slipping through time and space. Still dizzy, and now disoriented, her claustrophobia started to kick in. She surveyed her surroundings.

She was standing in what appeared to be a small well-lit room. Or could you even call it a room? It was more like an illuminated rectangle of bright light (though she could discern no visible light source) bounded on every side by darkness. The ceiling was low and the space felt cramped. The darkness seemed to press in against her little box of light from all sides. It was totally silent save the beating of her heart, which thumped madly. She stepped forward to the edge of the light, peering out from the precipice into the darkness.

At first she saw nothing, but as she squinted her vision adjusted. Dim though it was, she was able to make out moving shapes. Her focus sharpened and she identified figures rushing to and fro. Colorless people maneuvering within a colorless set. Tables, chairs. People eating. It was the restaurant. What was happening? Instinctively, she charged forward. Her body was jolted to a halt, ribs rattling as she slammed into an invisible barrier like a bird smacking full speed into a window pane. Panicked, she tried to go back, but to no avail. There was no forward. There was no back.

She tapped on the invisible barrier, but there was no sound. She pounded. Like a mime struggling to break free from an imaginary box, she continued to make futile attempts to push against the edges of darkness that contained her. She watched as waitstaff passed her by in black and white, close enough to touch if only she could. Her screams of terror went entirely unheard, unable to penetrate her two dimensional prison.

—
Hector sipped his wine and checked his phone for messages again. After an hour of waiting, he stood up and left looking quite irritated. Again Shan tried to call out. She watched as the crowd of diners thinned and the bussers took over. She collapsed into a sobbing lump on the ground. Hopelessness overtook her.

Through her screen to the world, Shan saw Beardy Dude regularly. That despicable wizard was always carrying around his pulsing button, luring people to press it. She watched as they were whisked away, presumably to another plane of existence like she had been. Time meant nothing here. There was no escape. She saw days turn into nights. She was there when the restaurant underwent new management and was redesigned into a Hipster Pierogi spot. She was still there after the site was leveled and property developers began constructing their next big thing.

Back when she was on the material plan roaming among the living, it was her desire to avoid human interaction. Now her desire has become her curse. For eternity she will remain, unable to cross over. Stuck in between modes of existence. A modal hell.

So to you I warn, “be wary”. For Shan’s tale is but one sad tale of a single lost soul. But how many other trapped souls are watching you in despair from their prison on the Z-plane? Beware, for hidden wizards lurk around us all, waiting to pop-up and lead us astray. Tread carefully, for one wrong push of a button and YOU may tumble through a window and into modal hell. And from the other side of the looking glass you will forever remain.

Subscribe to the WSOL blog to get Get the latest tips, tricks and industry news from us each week!